The students taking the Understanding Cross-Cultural course at Kansai University collaborated with the students attending the Business Communication course at Tecnológico de Monterrey between the 6th of October and the 17th of November.

As an icebreaker activity, the students recorded a self-introduction on Flipgrid and commented on two videos posted by students from the partner university. For the team-integration activity, the students met on Zoom for the first time. 4 international teams were created, and the teams competed against each other. The team that created the longest list of cultural similarities and differences between the two countries won.

For the next couple of weeks, the students worked together on Slack to solve their collaborative tasks. First, each team had to conduct basic research on topics relevant to business communication and etiquette in Japan and Mexico, such as gift-giving, gestures and non-verbal communication, the role of women etc. For this step, the students were asked to choose only 3 pictures and 3 key words for each topic. Next, the students chose 1 topic and conducted further detailed research that they presented during a second meeting on Zoom. As part of the collaborative activities, the students also had to submit two paragraphs reflecting on the collaboration process. The project ended with reflection videos posted on Flipgrid.

Throughout the project, the students were able to check the team distribution, the activity instructions, the deadlines and the evaluation rubrics on a google site created by the two instructors. Cultural differences, unfamiliar technology, and a 14-hour time difference were some of the challenges the participants managed to overcome during the collaboration. The students who had more than 80% participation in the project will receive a badge from Tecnológico de Monterrey attesting their enthusiastic work. 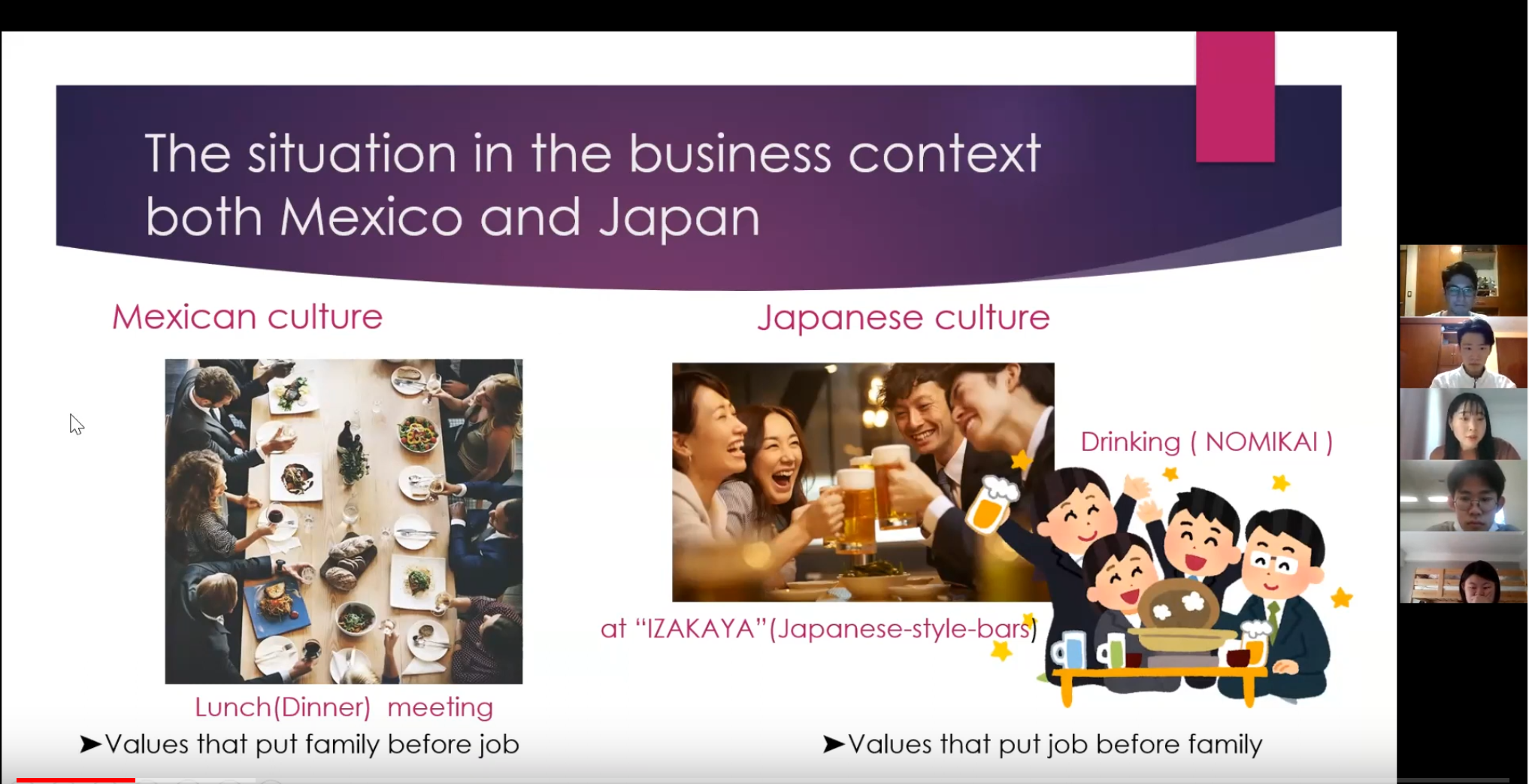 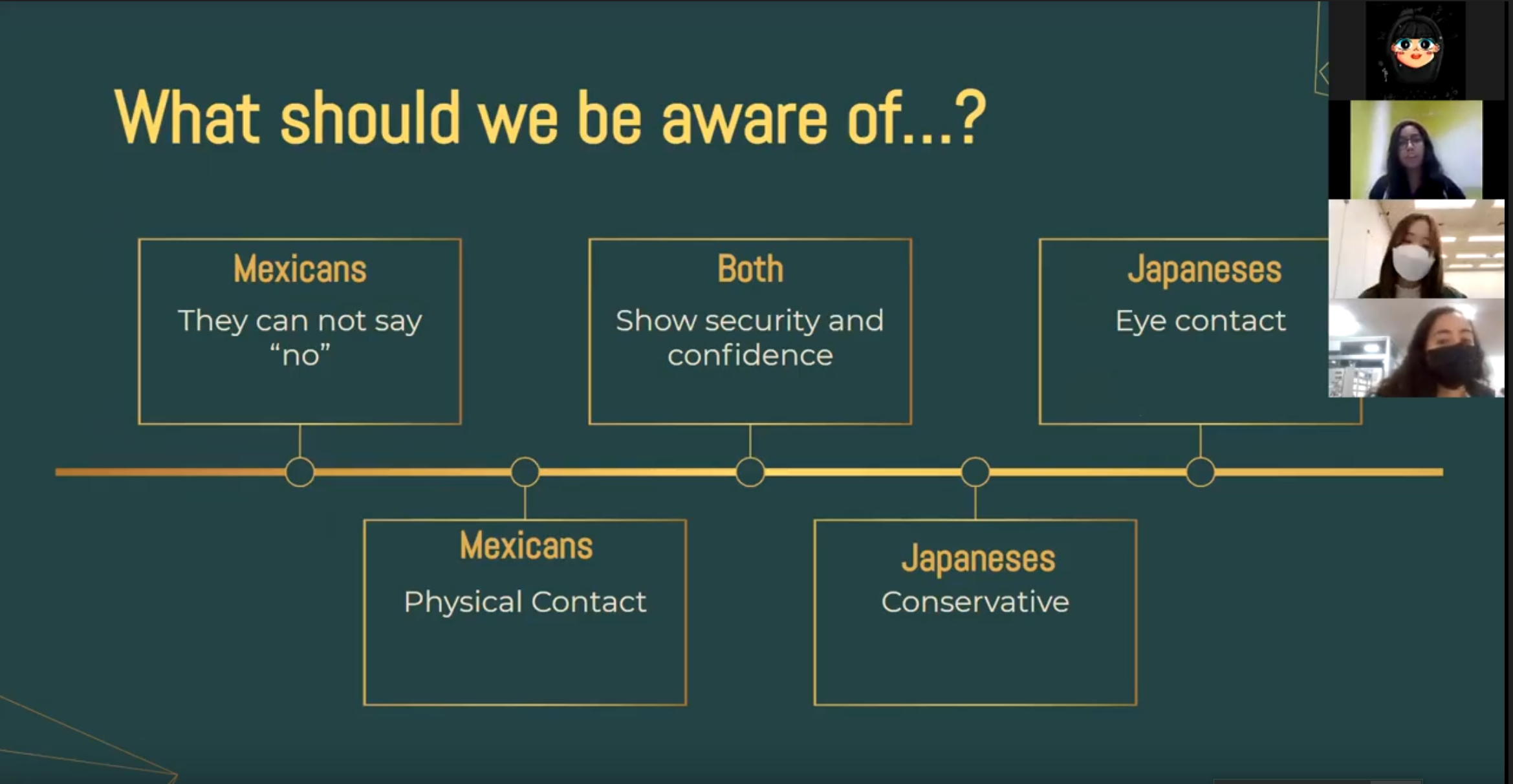